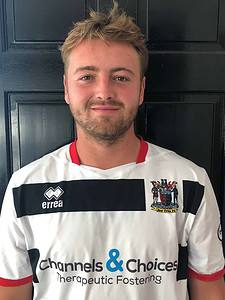 Favourite Film or TV program: Breaking Bad, about the only series I’ve watched the whole way through

Ambitions: Win the vase next year with Deal, then go on to play for England. 1 step at a time

Which Team mate is the worst dressed: Kingy easily. But I’ll give him his Newcastle outfit, he pulled that one out the bag

Which team mate has the worst taste in music? Not 100% sure on this one but Troy has always got his headphones in and I’m sure he’s got some dodgy music on there

Who’s the joker in the team, give us an example: Josh Maughan