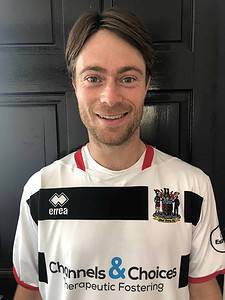 Liam joined Deal from Hawkinge Town after impressing on trial in the summer of 2015. His consistent performances and whole-hearted commitment made him popular amongst both team mates and fans alike as he racked up over 40 appearances in his first season. Liam went to Harvey Grammar School for Boys, before joining the University of Surrey to study Criminology, he has now moved back to Harvey where he is now a teacher. Whilst at University Liam, captained the 1st XI and ended up making over 100 appearances as well as winning the BUCS Championship. He is one of the best trainers in the squad.

Liam Hark is sponsored this season by: Kay’s Cafe…Good luck for the coming season.

Which Team mate is the worst dressed:

Which team mate has the worst taste in music?

Who’s the joker in the team, give us an example: