Late postponements are sometimes going to happen in Non-League football. A sudden downpour, drop in temperature or even a fast-setting fog. But Farsley Celtic’s FA Trophy replay at Barnet last Tuesday night (January 21st) was called off just minutes before kick-off because of a frozen pitch.

It meant a 380-mile round trip for the part-time visitors was completely wasted. You can imagine how annoyed they would have been. They had to make the same trip this Tuesday night!

We accept that there will be times when games have to be postponed but so soon before kick-off in these circumstances is a bitter pill to swallow.

Farsley say they are going to push for answers to make sure it’s not repeated and incidents like this will often spark the debate on Trophy replays.

But that doesn’t help the fans who made the long trek and will do so again.

Part-time players will have to take the time off work all over again, but it’s the fans, who will also be left out of pocket from the first trip.

At least the National League Bees offered free admission and a couple of Barnet fans were also sure to buy them a drink after the game had been called off.

Football gives the impression that it forgets its fans at times. Escalating prices are forcing Premier League followers out of stadiums and into Non-League grounds. They should be embraced and welcomed.

But stories like this don’t show Non-League off in its best light. Barnet have had issues with their pitch this season and we can only hope Tuesday’s game goes ahead as scheduled.

We want to be talking about great moments in the FA Trophy, like Halesowen’s great run that saw them knock out National League Maidenhead on the same evening.

We must do better all round!

All our thoughts are with the family and friends of Jordan Sinnott, who passed away aged 25 following an assault last Friday night.

The outpouring of emotion from his current club Matlock Town show just how much he meant to them.

Former club Alfreton Town released a moving message and former team-mates have paid their tributes to the man they call ‘Sinbad’.

Jordan’s dad Lee is well-known to so many in football after a successful playing and management career. He has helped to shape many careers and no doubt the football family will now wrap their arms around him and his family at this awful time 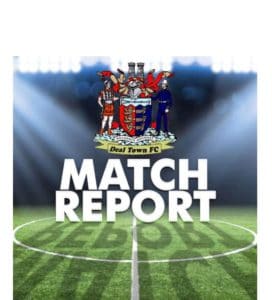 (after 90 mins, Chipstead won 4-2 on pens)Deal’s hopes of reaching the FA Cup second round qualifying for the first time in five years were 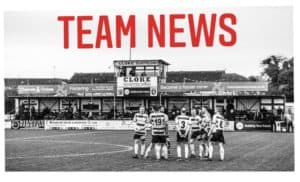 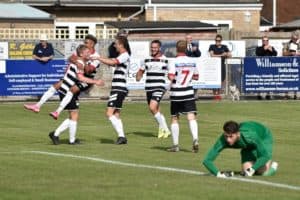